Miniaturized Block Periodization: How, in 6 Weeks, I gained 5Kg on every lift and got my heart rate to 37bpm

First off, apologies for the delay in updating the Blog. Been super busy in Chicago covering the PerformBetter 3 Day Summit, which will of course be my next post, along with some kick ass interviews and lots of other cool shit for subscribers. So,with that out of the way, lets get started.

In my very first blog post I discussed Variation and Consistency in training and how, for experienced athletes, a consistent approach is usually best. In the same blog post I mentioned how athletes who needed to develop many different fitnees atributes, e.g. aerobic capacity and strength/power, like footballers or boxers, should achieve this through a long term, periodized plan. This is to minimize the interference effect that occurs primarily between aerobic and strength/anaerobic adaptations to exercise (Coffey et. Hawley, 2007). However, there are certain circumstances in which a long term cycling of different training means is impractical, such as when an important competition, or series of competitions are scheduled very closely after an off-season period, or a period of inactivity. A good example of this is when I had 6 weeks to train for the National Intervarsities after my off-season, and had to get myself in the best shape possible for the championships.

It should be noted that this form of planning is for experienced and relatively conditioned athletes. I had already reached a Resting Heart Rate of 38bom and had already been squatting, pressing and pulling some decent weight before this plan was implemented so I was a fairly experienced athlete in all regards.

I took the idea of Minituarized Block Training (MBT) from Vladimir Issurin (Soviet Coach), who devised Block and Conjugated Periodization, which basically entails dedicating an entire training period, usually a month or two in length, to developing one factor of fitness, such as Strength, Speed, Endurance etc., and then following that block with another block dedicated to developing a related fitness component, so if Block 1 was dedicated to Strength, Block 2 would be dedicated toward Speed or Lower, with minimal work done on Strength in Block 2. The idea being to allow long term super compensation of Strength during the 2nd Block while developing Power/Speed simultaneously to reach a peak at the end of Block 2. So, I figured if this can work over the long term (months) couldn’t it be applied to the relatively short period of weeks?

So I came up with the idea of MBT, which basically entailed a three-to-four day high intensity Aerobic Power & Capacity focused cycle, followed by a two to three day recovery cycle, followed by a three day Maximum Strength cycle, and, finally concluded with another two day recovery cycle. Again, its important to note that the Aerobic development was done utilizing Sport-Specific High Intensity Interval type training such as Bagwork and (very lightly) weighted shadow-boxing, while the Strength/Power development was carried out utilizing complex type training, again using movements that transferred to my sporting activity, such as Medicine Ball Throws and depth jumps/lateral jumps. Another important contribution to the success of this program is that I made sure no single training session lasted longer than 1 hour from start to complete finish, cool down and all. 1 hour and 5 minutes is the absolute longest any session went. Hell, my Aerobic sessions only ever lasted 45 minutes. If I didn’t get all the exercises done in the hour, I’d finish up the session, take a 3 hour break and do the rest of the exercises in a separate session later that day (this really only ever occurred with the Strength/Power sessions).

The craziest thing about my experience with this program is how good I felt all the way through, regardless to the intensity of the program, probably because of the high emphasis on recovery. Speaking of which, my recovery protocols were not that strict, with passive recovery taking emphasis, with occasional active recovery jobs taking place about once every two recovery cycles, or roughly once per week and a half. However, I did use strict monitoring techniques, taking my Resting Heart Rate, Heart Rate Variability, and recorded my sleep quality/quantity via the Heart Rate Variability app SleepRate. So, if it said I wasn’t too beat up from the previous day, I might have an active recovery day instead of a passive recovery day etc.

For the plan itself, check out the table below.

So, how were the results? Well, the title is clear enough but the fact is in some lifts I gained even more than 5Kg, with an improvement of 7Kg on the Bench Press and about 7Kg on the Deadlift. And how did I do in the National Intervarsities? I got Silver. What can I say? The guy in the final was a lanky southpaw and one awkward bastard to fight! But I was never tired or even close to it in any of the rounds which from a fitness perspective proves the program. Either way, for hybrid athletes like myself, who are short on preparation time, I thought I’d share a Periodization plan that worked for me. 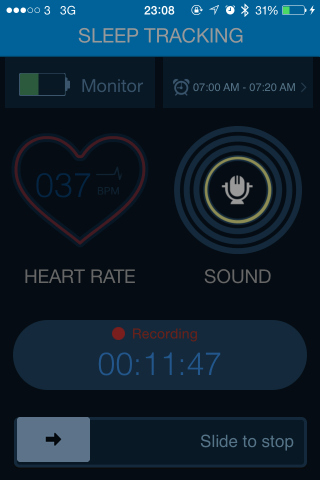 My Resting Heart Rate after 6 Weeks.