With the PerformBetter Summit looming, which will be covered in my very next post (I swear on all that is holy I’m telling the truth this time!) we kicked off my trip to the states with a planned visit to Illinois State University (ISU). I had emailed Dr Laudner, who is head of the Kinesiology (that’s American for Sport Science) Department there, a few weeks before heading to Chicago about visiting the college, getting a tour of their facilities and discussing their Kinesiology programs, comparing them to back home (yep, my holidays are just super fun like that). I’ll save the coke & hooker-filled benders for my next post and skip to the point on this one. So, long story short Dr. Laudner was nice enough to agree to personally show us around the entire Kinesiology department when I arrived (even though it was the middle of Summer and ISU was closed; class act!). So myself and my colleague Dean Donovan (who was nice enough to lend me a section of his floor for the time I spent in Chicago and will be seeing the below photos for the first time when reading this) headed down on a bus to the campus. Let the adventure begin! 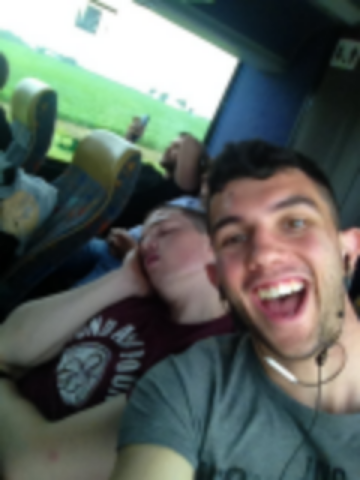 Just in keeping with the title of this blog post I’ll note that the written portion of the post will concern the tour and review of the facilities of ISU’s Kinesiology department, with the interview of Dr. Laudner shown in the video at the end of this post, along with a profile on Dr. Kevin Laudner and who he is to the Sport Science Community.

Prior to the tour I had done my research on ISU’s Kinesiology program and actually had a fairly high opinion of the colllege before even seeing it. So how was the facilities at ISU? In two words: Mind Blowing!

Dr. Laudner met us at the bus station and drove us to the Kinesiology building. From there he gave us a quick introduction on how Kinesiology developed as a curriculum in the college. Turns out they’ve taught it since the early to mid 20th century. We were then taken to one of the Exercise suites, a Biomechanics lab, a Sport Psychology lab, an Exercise Physiology lab and an entire studio/lab for physical therapy, so how were they?

In fairness this room was about what you’d expect. We’re talking Powerblocks, Power Racks, Olymic Style half racks, Medicine Balls, Slam Balls, Kettlebells, Treadmills, Stationary Bikes, a Cable machine, and even a  Keiser machine!! (Google it if you’re unfamiliar with them!). In the grand scheme of things this was actually probably the least impressive room of them all. Think a miniature high performance room. What I liked was the quality of the racks, benches and other training equipment! I struggled to lift the Bench it was that heavy (solid steel all the way through), the racks were made of some extremely tough stuff, in fact I’d wager you could have dropped 1000lbs on it and not made a dent. Dr. Laudner basically explained the rooms use as an exclusive gym for the Kinesiology students; a place they could work with patients/clients undisturbed. We then moved on to the exercise Physiology lab. And this is where I start to  Geek out! 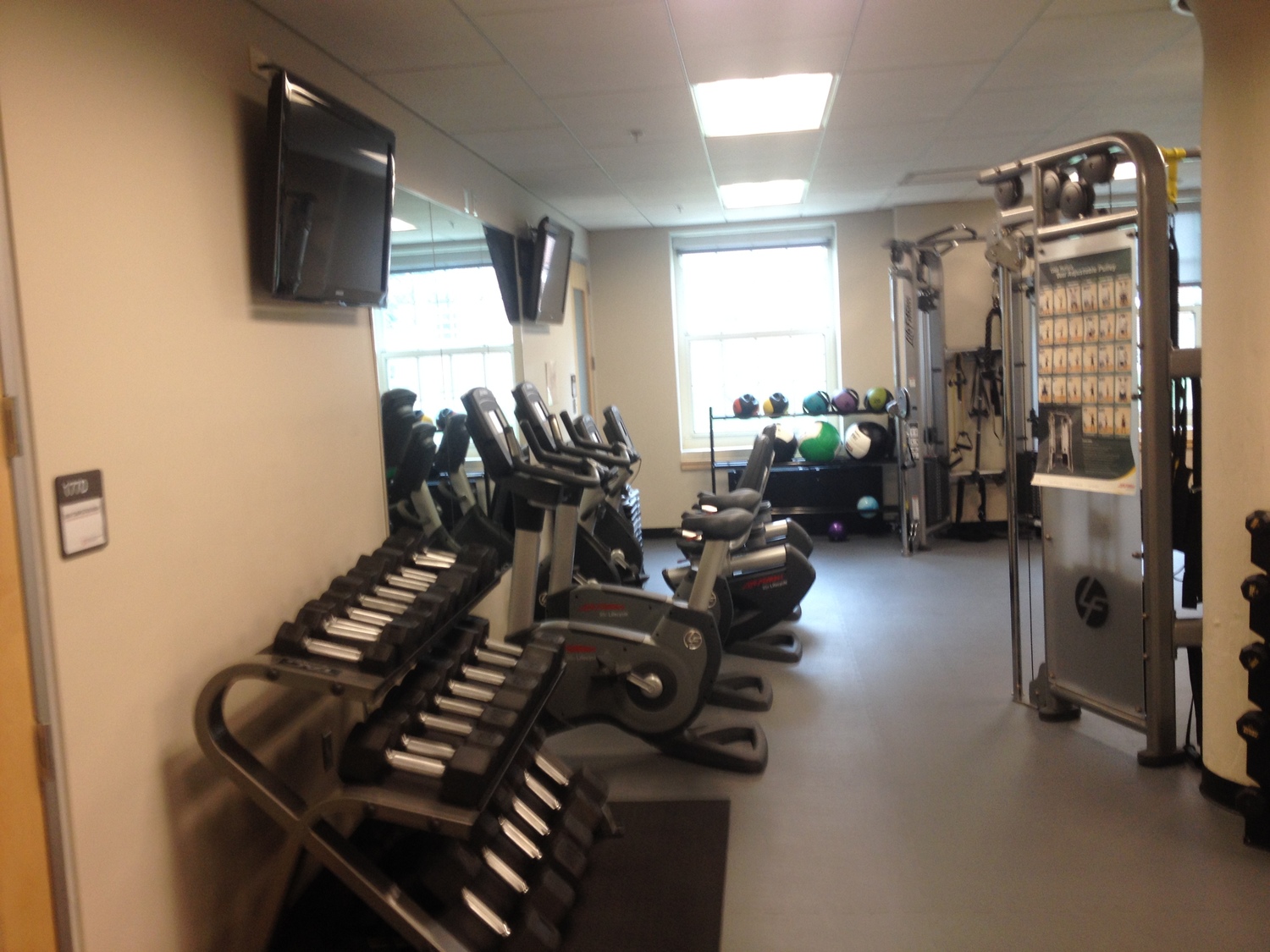 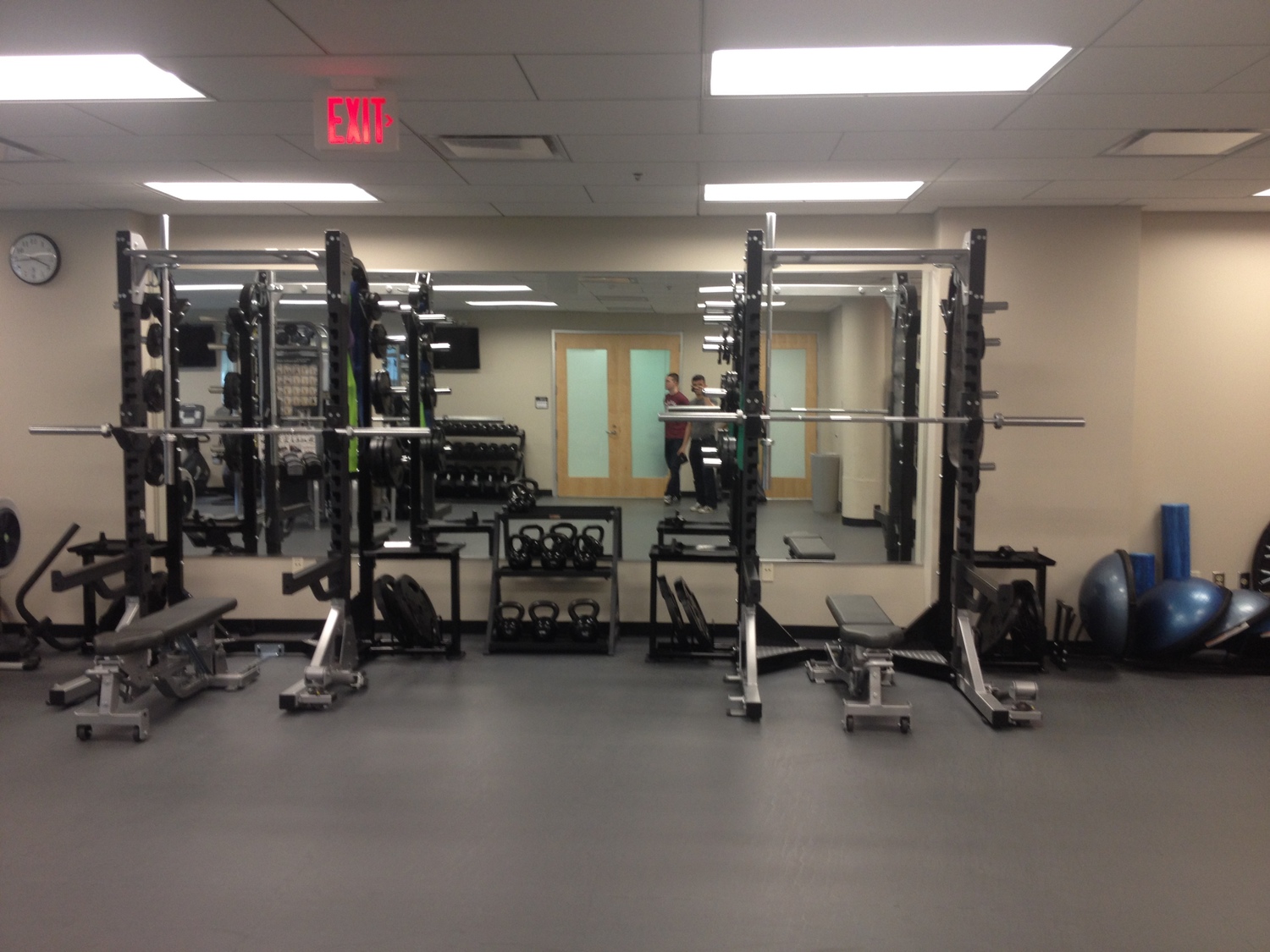 This was amazing! For a student who came from a campus whose sole measuring devices were a weighing scales, skin calipers and a jump mat you can imagine how cool it was to see an athletic testing room that looked more like it belonged in a hospital than a college. They had a VO2 Max Testing Treadmill and Bike, a plunge pool for underwater weighing (to test body composition) and A FUCKING BOD POD (Also for body composition). On and their was a pair of skinfold calipers in the corner. I can imagine they got about as much use as an inflatable dartboard (thank my colleague Dean for that comparison). Here, Laudner explained the use the room got; serving as a testing ground to triathletes, NFL players, World ranked cyclists and more, making for a great learning experience for the students and an ideal partnership for both the athletes and the college, he also explained how the students work with military and corporate clients such as Apple and the United States Air Force as part of their degree courses (holy shit, right?). As a bit of an objector to the current belief that VO2 Max testing is a good standard method of Aerobic testing, I asked Dr. Laudner what his stance was on the test’s efficacy. He echoed my sentiments of it being short on presenting a perfectly accurate picture of Aerobic Endurance but did advocate its use as a general guide, quoting how the athletes and coaches like getting actual data on their progress. Gotta say this room was easily the second most impressive on the tour. Only downside was we never actually got a go on the BOD POD (Again, Google it! Trust me its cool!) so my readers will just have to trust that I’m at 3% Body Fat for now. 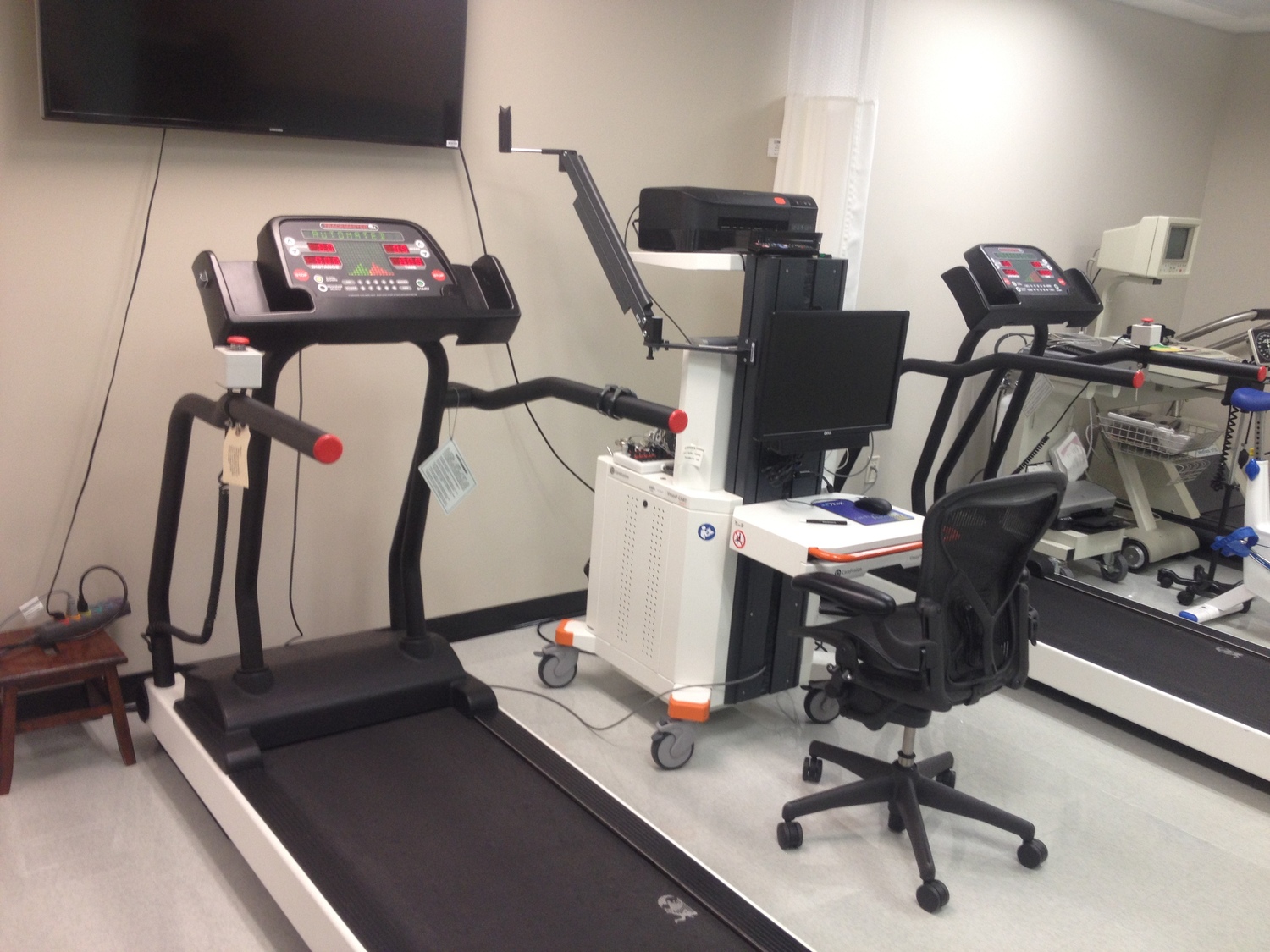 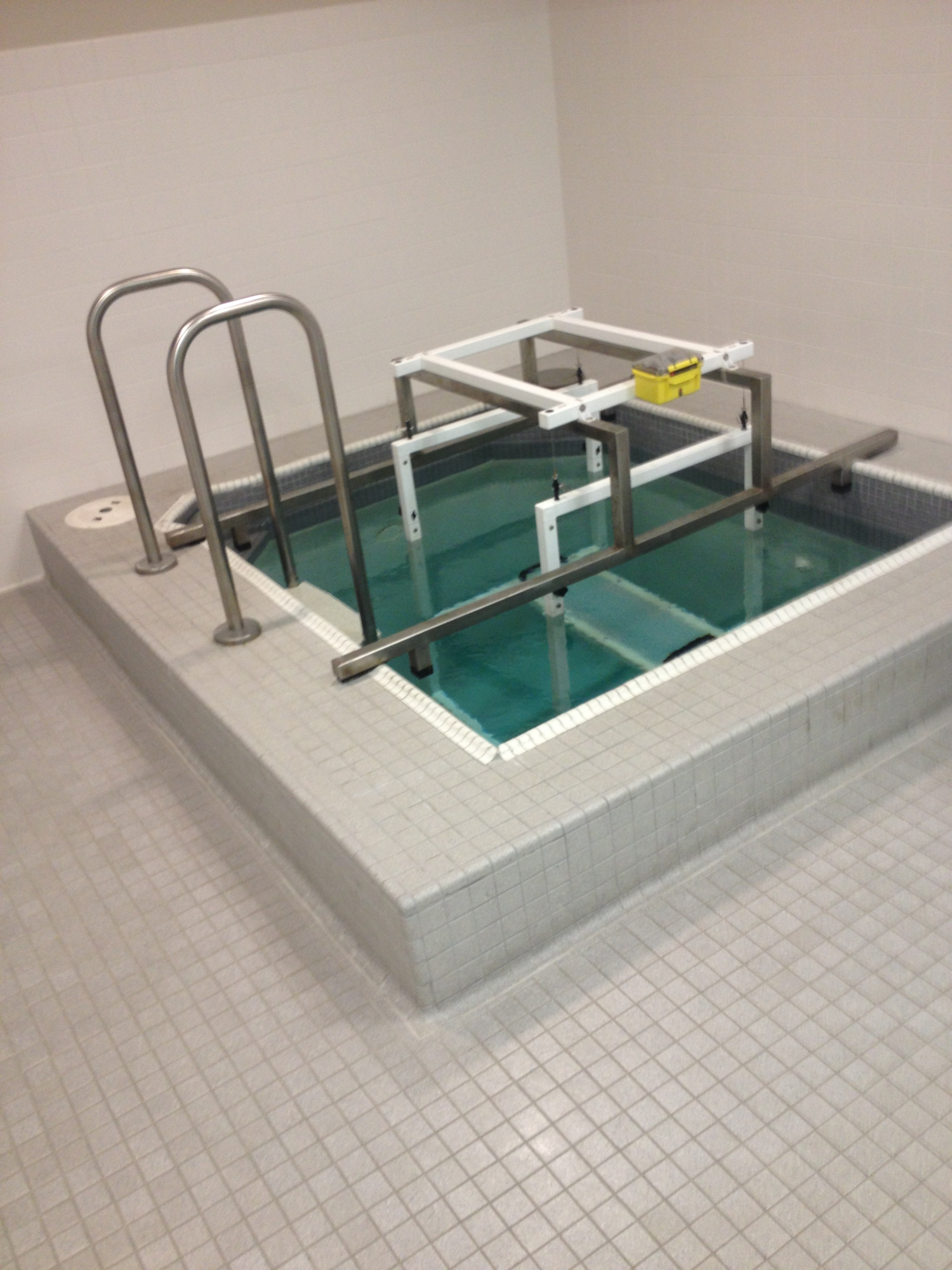 OK so this where the geek-out levels reached their peak! Seriously, my glasses had fogged up and my pocket protector was in a state! So, Dr. Laudner opens the door to the Biomechanics Lab and we saw something that looked like it came out of a high tech military base. Force Plates, Wall mounted High Speed Cameras, a set of computers and monitors on the wall and even a walkway that had sections that collapsed at random as you walked on them to test dynamic stabilization! Meanwhile the high speed cameras caught every movement and measured its speed, direction and in some cases, velocityvelocity. All this information was fed back to the monitors for the scientists to analyze! In short: This. Room. Was. AWESOME!

Laudner explained the rooms use in testing force, power and velocity in certain movements, with the walkway used to examine muscle activation and response to sudden stimuli such as sudden destabilization when the section collapsed. He actually lamented the relatively unused room too. Saying that Biomechanics was often one of the more neglected practices of under and postgraduate students, hating maths myself (but strangely being a lover of Biomechanics), I could certainly sympathise. 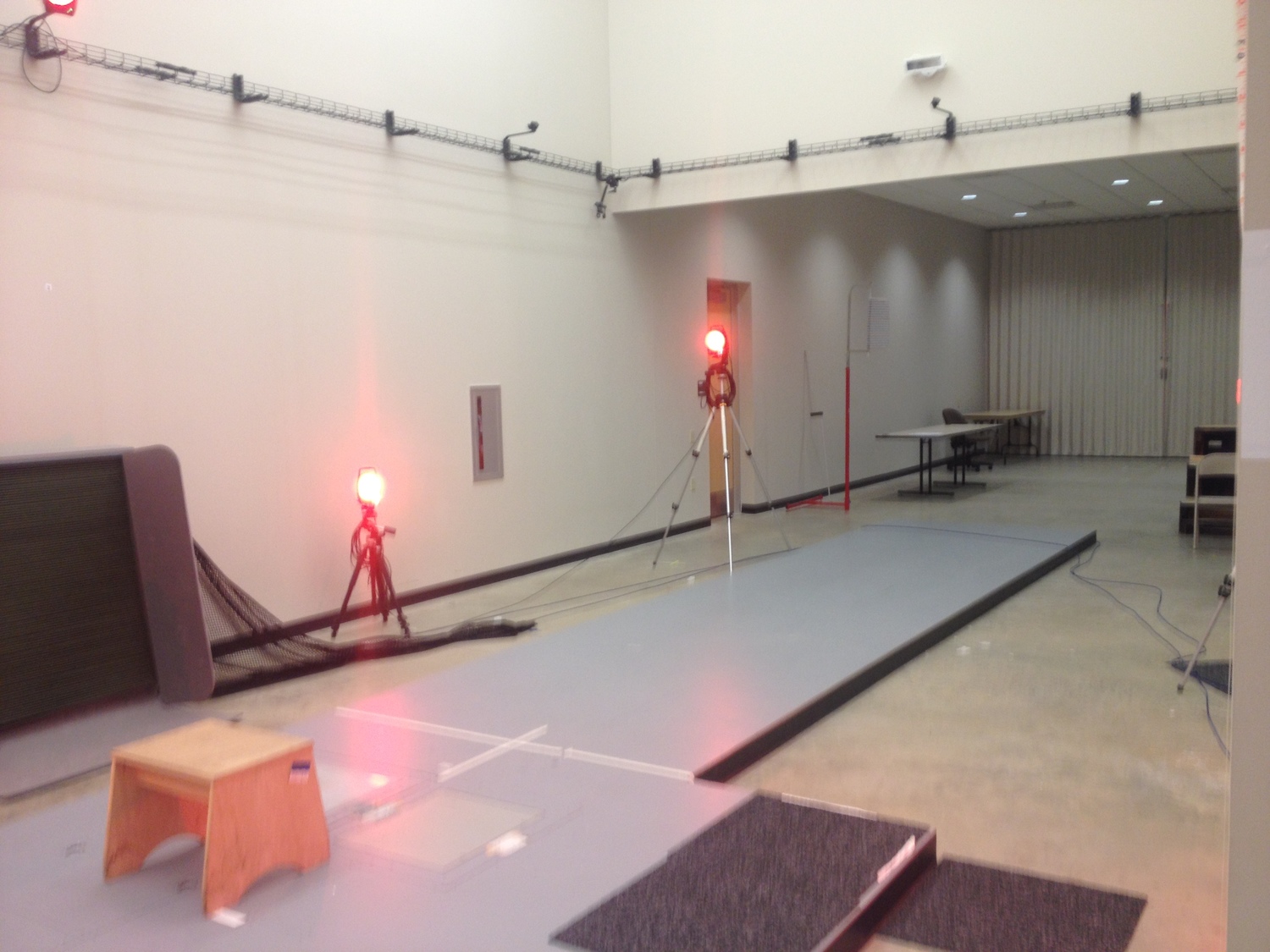 So, that’s it right? Well, actually, no! Turns out one of the walls was a partition, when, if removed, opened up a miniature clinic, complete with a multipurpose Isokinetic Machine as seen below. This could basically be used to test pure Strength or Force production throughout and range of movement. Far from a perfect device, but still a really cool piece of kit and great for purely scientific assessment. So yeah, this room was incredible. 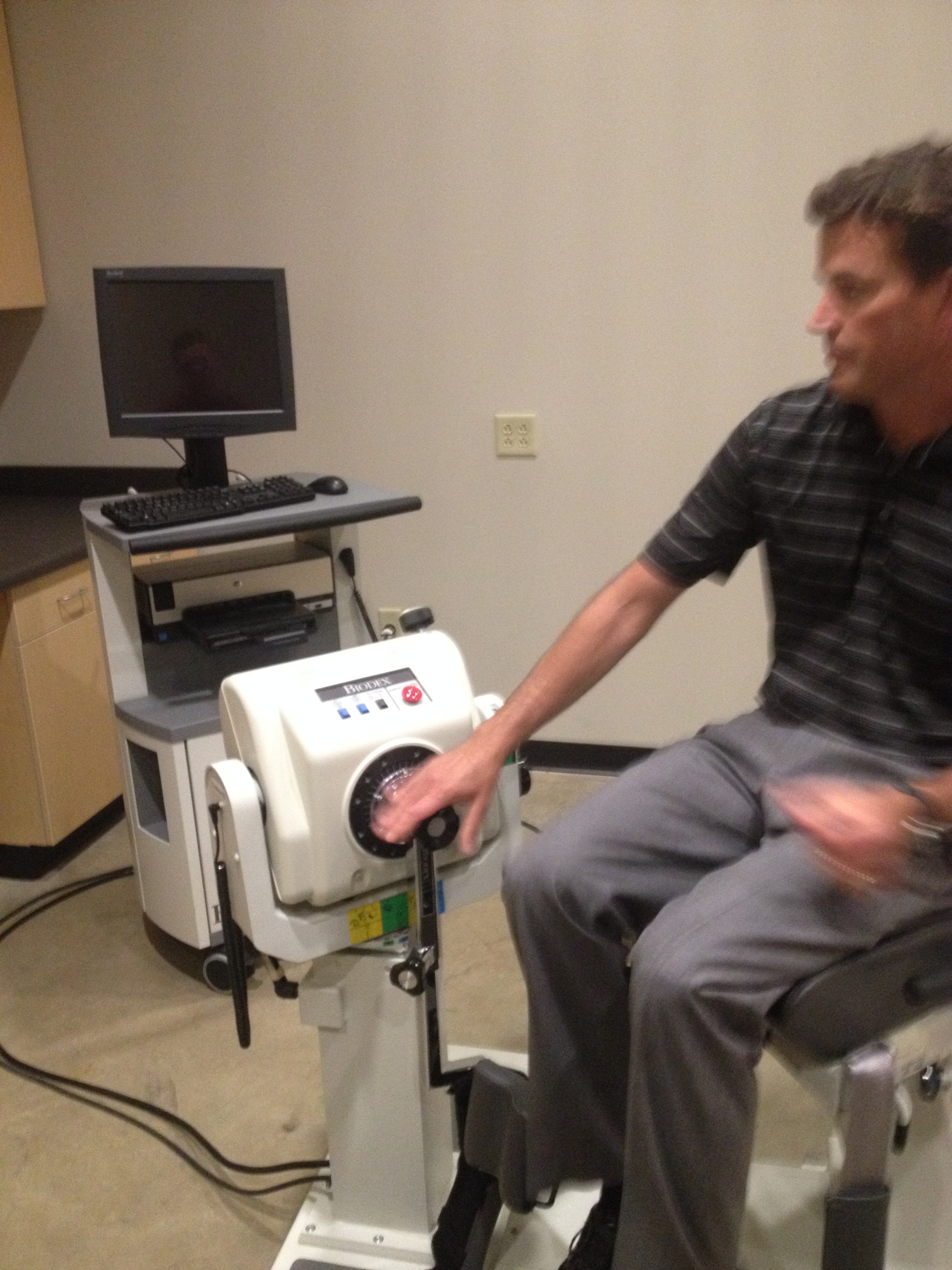 Dr. Laudner explained that the room is primarily used by postgraduate students for Masters programs etc. as we left the room to move across to the next building to seesee the Psychology and Muscle Control Labs and, of course, the Athletic Therapy and Training Lab (though Hall is probably a more suitable word for the therapy room).

So, we travelled across the campus, getting a chance to see the campus’ Sport facilities such as the gym (pictured above) and the indoor court and rock climbing wall. We arrived at the Psychology Lab. Probably the strangest room yet, with a two-way mirror, assortment of balance boards and puzzle structures scattered around the room. Laudner explained the use of the balance boards and cognitive puzzles as devices used in measuring cognitive function and Muscle Control, while the two way mirror was used for observation of subjects (Law & Order style!). 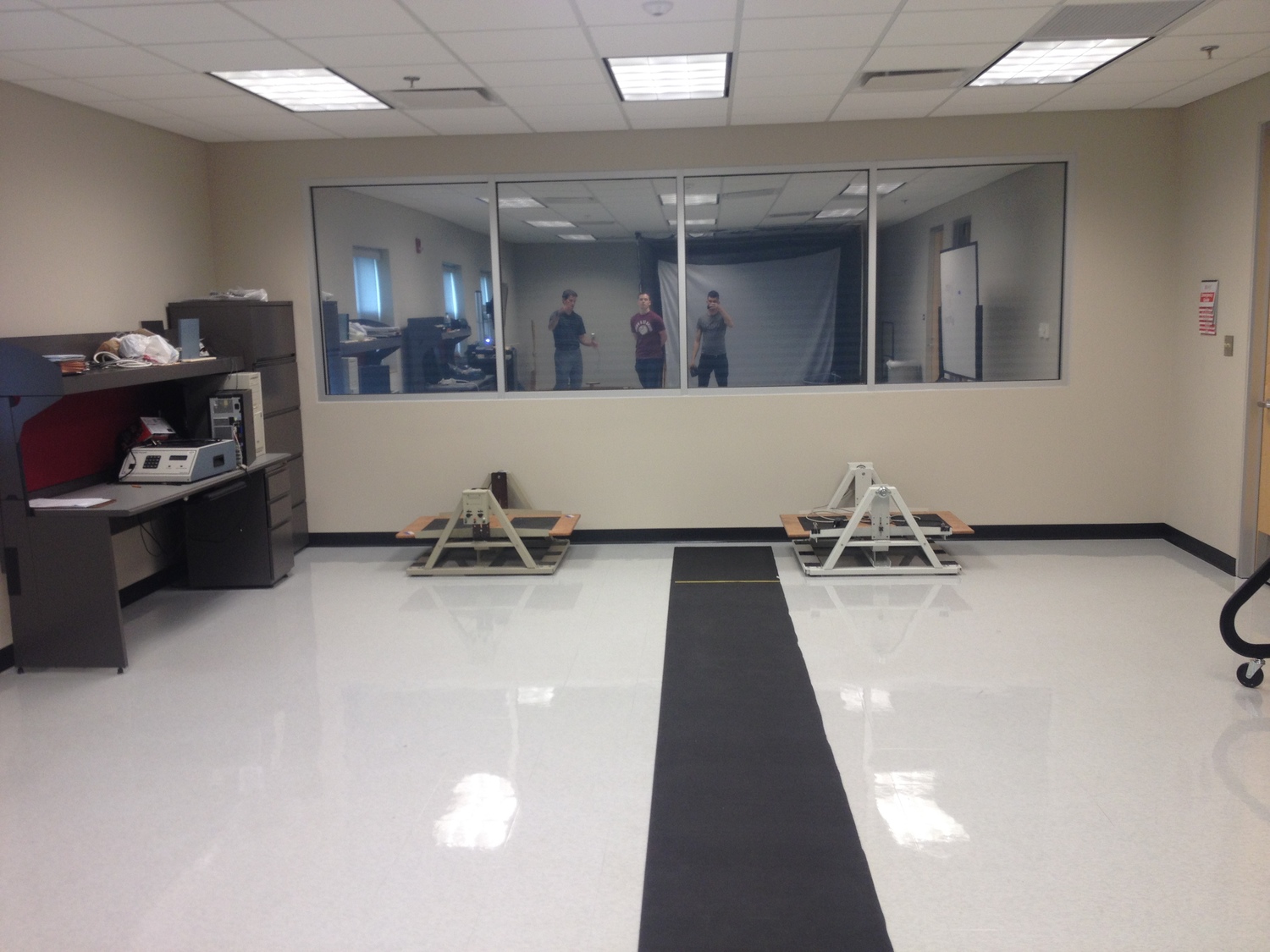 And so on we went to the final part of the tour. Laudner took us to his stomping ground in the Athletic Therapy & Training Lab. This room could have served as a tour in itself. Complete with ultrasound wave therapy devices, therapy beds, Graston tools (pretty cool devices used for tissue release and diagnosis), it even had a cold water immersion tub! As well as an assortment of therapy devices such as foam rollers, Muscle tape, etc. I couldn’t help but feel that Dr. Laudner enjoyed showing us this room the most. Not that surprising considering its his specialist field. God knows if I had an exercise physiology Lab that was half as impressive I’d probably sleep in the damn thing! So, Dr. Laudner again explained the many uses of the room, telling us how it serves as a clinic of sorts to the college’s, and some private, athletesathletes as well as a lab for the students. He then explained the Graston Tools, as it was my first time even hearing of them, as objects used in the diagnosis and treatment of various soft tissue problems. Apparently, the tools are made with a metal that carries vibrations very easily, allowing the therapist to detect stiffness or resistance in the muscle as he or she runs the blade shaped object along the muscle, with the various shapesshapes of some of the tools allowing the therapist to reach virtually every muscle from any possible angle. The demonstration of the Therapy Lab and the various tools and devices within concluded our tour of ISU, with Dr. Laudner agreeing to the following video interview over a coffee, it was easy to be overwhelmed by the atmosphere of the campus, the incredible facilities and the attitude of Laudner himself (this was a man who spoke of nothing else in the second half of the tour but of how the facilities could improve, lamenting  the  absence of a DEXA machine for truly accurate body composition measurements and future plans for expanding the facilities in the Physiology and Athletic Therapy Labs). Our conversation over coffee following the tour was even more interesting. I could go in more detail but it may spoil the interview below. And so we’ll conclude the first half of the post with a massive thank you to Dr. Kevin Laudner and Illinois State University for the incredible experience! Go Red Birds! 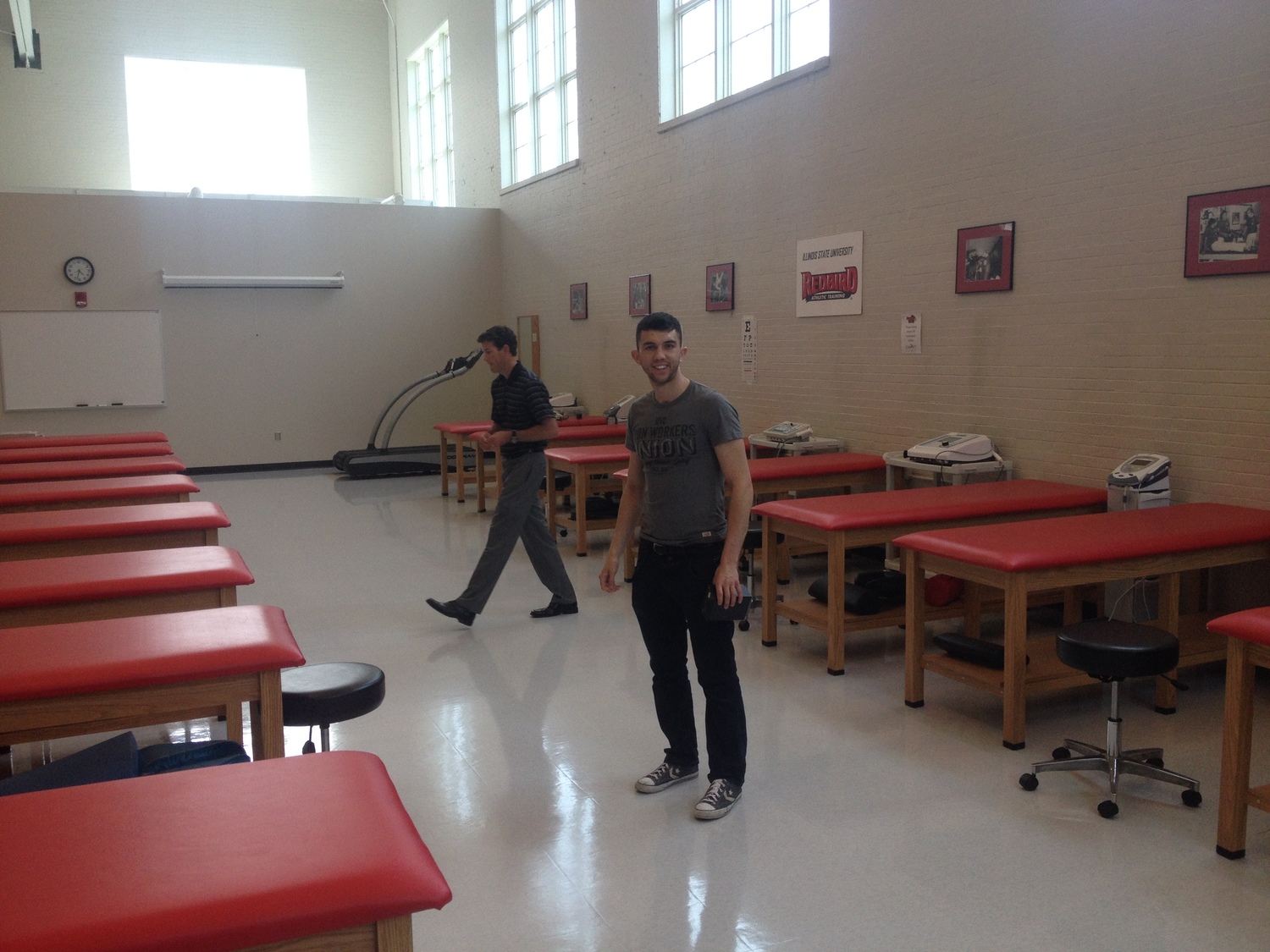 Finally Managed to Get in a Photo in the Therapy Lab

And, to conclude, the interview with Dr. Laudner. Apologies for the occasional soun interruption as the interview took place in a cafe. I would recommend earphones to ensure the best sound quality.