The title of this post can be attributed to Bret Contreras. I overheard him saying on a podcast, “you know what? Exercise is religion to people”. Got me thinking. He’s right, isn’t he?! I mean, you can actually draw direct comparisons! We have Resistance Training, which, despite being the oldest form of exercise has endured years of social persecution (you’ll get too big, you’ll lose flexibility, the ‘meathead’ stereotypes), sounds familiar.

We have steady state Aerobic training like the joggers, old but not one of the oldest, seems to be the most popular and was portrayed as the “best” group to be in, from a health perspective, for decades in the western world. Of course, more recently, once we looked into it more and more information became available, we found there was a lot of rotten shit going on behind the scenes (joint damage, muscle loss, repeated Muscle strains), and just like that jogging wasn’t so perfect! Also sounds familiar.

And now we got the “Functional Trainers” and Crossfitters, which has spawned radical and militant groups that have been used to, unfairly, characterise the entire crossfit and functional training group. That sounds REALLY familiar!

Then we got the yoga people. Who preach centeredness and inner peace. Do I even need to say who these guys sound like?!

The hilarious thing is this actually transfers to Nutrition. The weightlifters have their high protein diets, the crossfitters have Paleo, the yogis have their juice diets and their all natural gig (I was feeling polite so I replaced “crap” with “gig”) and the joggers have their carbohydrates. 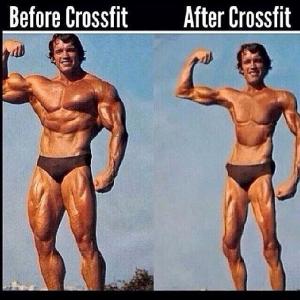 I think the answer lies in three factors:

Alright, so, before I get jumped on by the Krieger-Aragon-Henselmans-Contreras-Schoenfeld-Norton boys, let me explain. Firstly, I’m first and foremost a sport scientist, so I know the wealth of peer reviewed evidence that exists and the literal journals full of articles written on scientific experiments conducted. But you know what else you start to figure out the more of these journals and books you read?! Is that we don’t know or understand half the shit that’s going on inside our bodies, let alone now they react to resistance or endurance training. We have AN IDEA. And a very detailed and in-depth idea at that. But we still don’t know for sure. For example, there is, at this moment, a raging debate on why Foam Rolling works at increasing flexibility, without a decrease in strength/power. Is it neural? Is it fascial? Is it muscular? Local? Global? Who knows! The problem with conducting studies on complex organisms (especially ones as complex as humans) is different people will respond in different ways to the experiment protocol due to genetics, their environment or even their mental state at the time (ever heard of the placebo effect?!). And even when we isolate cells in labs, there’s no guarantee the results will crossover when the same protocols are tested on a living human. So we may never fully understand the body. Contrast this with natural science fields like chemistry and physics where certain elements are relatively easy to implement, observe and experiment on, and we can see why their is an issue.

So what do we do as humans? What we always do! Same thing we did when we asked ourselves what happens after we die. When we couldn’t find a conclusive answer, we pulled one out of the air. Usually it was an answer that was easy to understand and comforting, i.e. when we die we go to a wonderful place where we will be reunited with all the people we miss and we will live a wonderful and happy life, with a ton of women depending on the religion (a part of me is kinda rooting for those guys to be right). Oh, and there’s usually a price to be paid, i.e. you have to be a “good” person, or, depending on how cynical you are, you gotta give lots of money and service to your chosen religion.

But like I said, this isn’t a critique on religion. But its easy to illustrate my point with it. The easily understood and comforting answer: “If I balance on this stability ball while juggling Kettlebells and eat only butter and bacon it will activate “secret” muscles and hormones that will burn more fat and give me six pack abs, 16inch Biceps and a great ass. And the price to be paid: “I can’t eat any carbohydrates”, ” I can’t eat anything a caveman wouldn’t have eaten”, or my personal favourite, “I cant lift weights because they’ll make me too big”.

On, and just like our local priests, rabbis and sheikhs, we have our very own gurus and leaders of these fitness circles. We got Gray Cooke of Functional Movement, we got Charles Poliquin with his low carb diets and bioprint body fat analyses, and we got Martin Berkham of Intermittent Fasting fame.

Now, don’t get me wrong, the science community has its leaders too. Brad Broenfeld anyone? The difference is in transparency. Alan Aragon and Brad Schoenfeld both openly admit their lack of a complete understanding of the human body and that their are certain areas of the human body their not knowledgeable in. And, above all else, there is a thick body of Controlled research backing their statements. So the information they give out is of a much higher quality and nowhere near as extreme in nature. Simply put, their advice is not only been proven to work, but its generally easier to adhere to in general.

Fitness as an Industry

On how we love our fads. Back when I trained with Katie and Pete Taylor (who I maintain is the sports coach in the world), I remember a club member asking him what he thought of TRXs as training tools. He answered, and I quote, “They’re alright. It’s like everything else, its a fad. Unless you put it into a program its useless. Remember when you used to see Medicine Balls in gyms? Now you can’t find one!”. He was right. Medicine Balls had been relegated to mostly high performance Sports focused gyms. See, with the mentality listed above, there comes the natural tendency for the Del-Boys of this world (<- Only Fools and Horses reference, for any American readers) to try market the latest piece of training kit to the masses, quoting its superiority over other training methods to the world. Because of a lack of understanding of the science of fitness and an overall lack of education in the fitness, and in some cases, medical, community, everyone is looking for the next big thing. New automatically means superior to people and as a result, we’ve started moving in circles; from weight training and kettlebells to circuit training, to jogging, to medicine balls and stability ball trading, to TRX and kettlebells, back to weight training again. TRX isn’t new either. Gymnasts and fitness enthusiasts were using Gymnastic rings for the same purpose for years. Alas, without an increase in education to grassroots fitness clubs, which will likely never happen due to how much they make on their sales of TRX classes and Gluten free protein bars, we will continue to go around and around chasing our tails.

Community (And the need for it):

Ah, and now we hit the big one. The main reason, in my opinion, that Crossfit transformed from a “craze” into a full blown Sporting event powerhouse, with annual games and  prize money/sponsorships up for grabs.

When I visited Las Vegas last summer, I decided to pop down to LA for a day after my friends had flew home a day earlier. And while I was there, I dropped down to the famous Muscle Beach. It was like a playground, and within five minute of jumping on a set of climbing ropes I was greeted by cheers of “you got it, man!”, ” get after it!” and “Come on!” When I made it to the top and got back down I was met with high fives and fist bumps from the same guys who I didn’t even know ten seconds prior. And, yeah. It felt good! See, one thing they got, that the Irish and English, and I would say the Europeans in general (Russia excluded) don’t get, is that the gym is usually a solitary place. Yeah, there’s people there, but its not like a bar! You don’t get a group of guys who’ve never met conversing and mingling, you’re not hanging out at the Squat rack scoping out the talent (well, maybe just on Weekends). 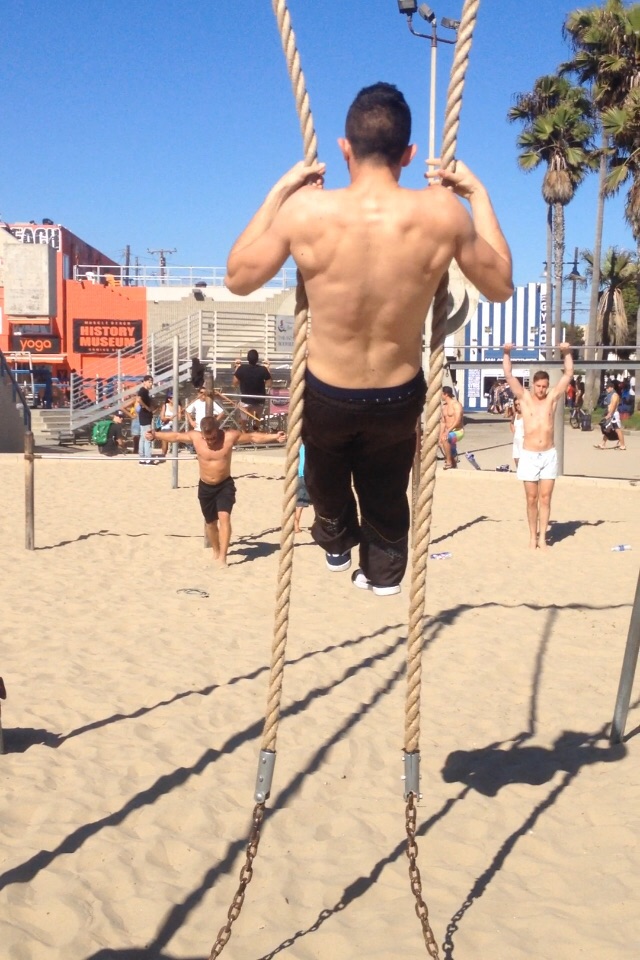 That was what Crossfit did differently. They created a passionate community that supported and willed each other on. Wonder why there’s no TRX World Championships? That could be the reason. Being driven, determined and passionate can be lonely as hell! No-one talks about hitting their macros at a nightclub. Even though it’s something you may have worked your ass off to do. It’s easier to complain about the government, your shitty job or the weather. So, having a community of like minded individuals working together not only makes a fitness product easier to sell, it increases your volume of sales and customer satisfaction too. Same with prayer groups, church gatherings, and, hell, even convents! It’s a place where you feel you belong, and people have paid a lot more for that feeling than the average Crossfit membership. 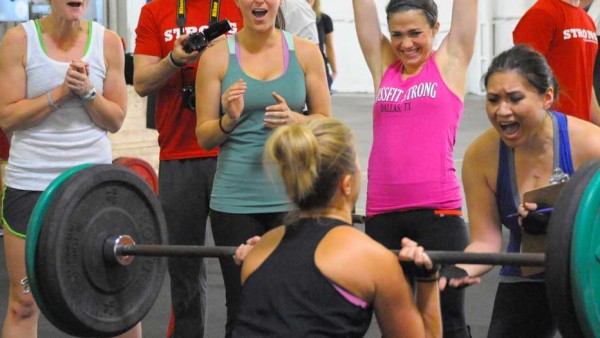 Guess that pretty much wraps up my take on fitness fads and the industry. If you liked the post be sure to share and subscribe on the ‘Community’ page above. Now I gotta head to my next boxercise class. Peace out!